Gracia Alemañ Molina: "I’ve learnt to be independent and do what I like. I’ve learnt to value the effort my parents make for me every day" 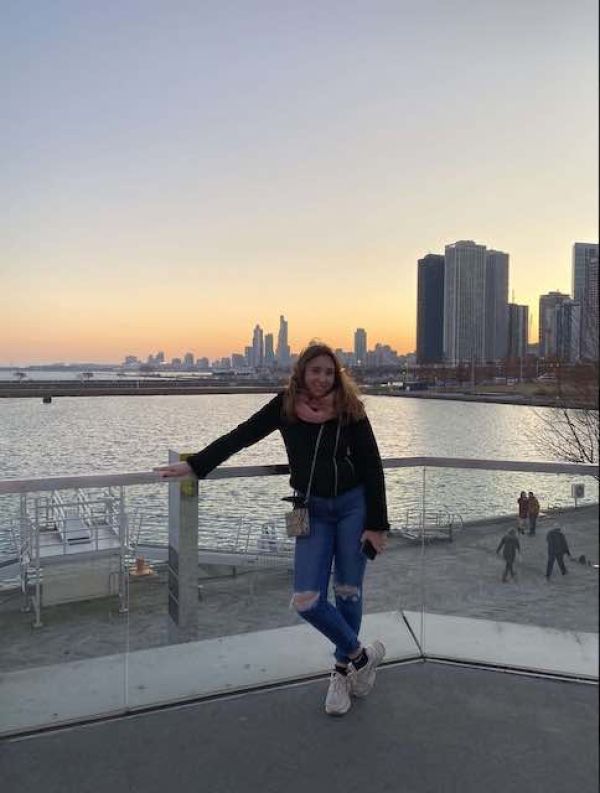 It’s been a while since we published the last interview in our section “Studying away”. We bring you a new publication without leaving the United States of America, this time with our local young resident Gracia, who had to come back from Jonesville (Michigan) due to the emergence of the Covid-19 health crisis. Let’s see how her stay in North America has been during those months, what are the differences regarding our country or how this unmitigated economic, health and social crisis is faced on the other side of the Atlantic ocean.

English Translation: Antón Miralles
If you prefer to read the interview in Catalan (original), click here
At what point are you in your studies? 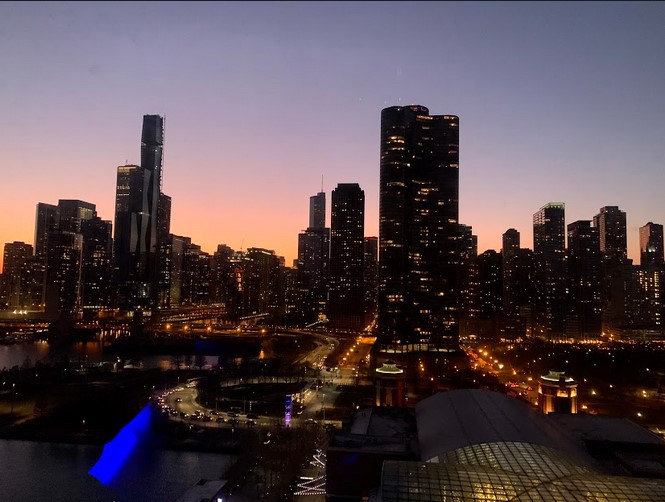 What higher education are you planning to study?

Although it is not certain due to the current situation, I would like to study at University but I’m not clear about the degree.

How did the opportunity to go to USA to keep on studying come?

I’ve got a very good friend who studied Grade 12 with the same agency and scholarship last year, so she told me everything she learnt and lived there. So, I asked myself “Why not me?” In fact, I have always loved travelling and getting to know new cultures and I think it is the best way to learn a language. After discussing with my parents and taking some exams I was accepted in the program. This process lasted about two months, but I didn’t know where I was going until June and I left in August. 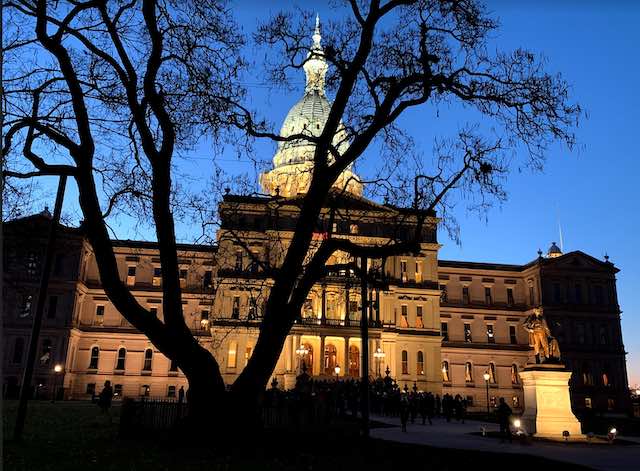 Where part of the country were you? What was your situation there regarding the place where you lived? Where did you study? What about your friends, contacts, etc…

This year course I’ve been in a village smaller than Biar, named Jonesville, in the state of Michigan. This state is well known by its great lakes and it is located in north, that’s why it snowed every week. The most famous city is Detroit, a city for automotive lovers.

There my routine was going to high school, volleyball training in the afternoon during the season (September to December) and football training while the coronavirus allowed us (the season is from March to June) and finally arriving home and spending time with the host family. To be honest I think I had one of the best families of all the program, but I must say all the families involved in the international student exchange don’t get paid.

Regarding friendships, I’ve made international and local friends. I’ve got friends from Jonesville or nearby places, but also from Germany, Brazil, Argentina, Kazajistan… and not to mention the large number of Spanish students there were in the area. 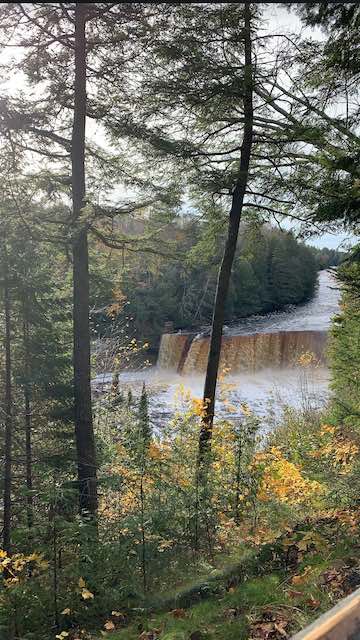 When you have some free time between the high school and the study, what do you like doing the most?

I like participating in activities or school teams, because I think it is the best way to socialize and meet people. But once I had my group of friends, there is no doubt I loved cooking typical Spanish food, so they could know the culture or cooking with them North American food. The truth is that the leisure is very different, since going out to parties or going to the pub is frowned upon until you go to University. That’s why they give much importance to that time at high school. 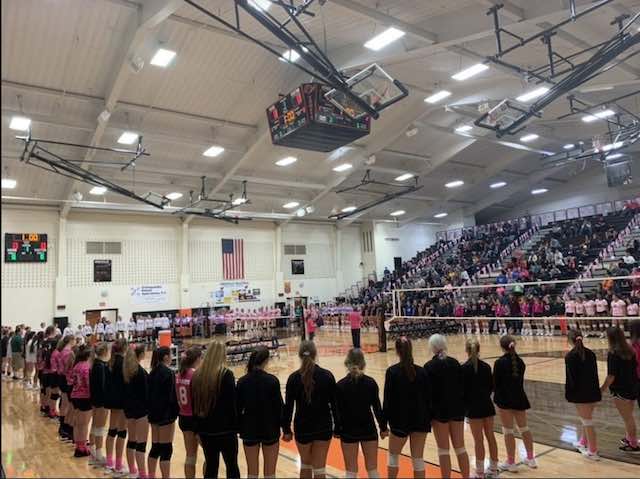 What about the language? It is said that the English language we learn at school or high school is a little bit different from the North American one.

Absolutely, the English I’ve always learnt was with a British accent and slang, but I was used to their accent more or less, since I watch a lot of American series and I listen to English music and I think that it helped me a lot. The most difficult thing is to talk thinking what to say, just as if you were talking in Valencian or Castilian Spanish. 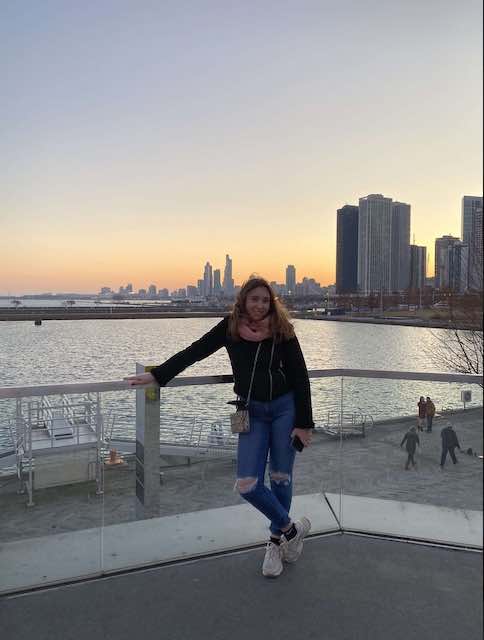 What differences have you found regarding the lifestyle, the currency – since US Dollar is now weaker than Euro-, their habits?

Although nowadays the world is globalized and we can get in touch with people from all over the world, the culture shock did happen. Using a different currency is strange at first and participating in some traditions as Thanksgiving was with no doubt a great experience. We could say that those dinners from the movies where they have a turkey is absolutely true. However, the night of 31st December is not important at all and they do not celebrate the night of the Three Kings. They also have some traditions more modernized like Black Friday, a day when people don’t sleep to go shopping and queuing for more than five hours.

At a cultural level must say that my district was quite conservative and certain subjects, which are completely normal in Spain, such as talks on sexuality, drugs or violence in the educational centers are never discussed at school or at home, and that ends up being reflected on the American society. 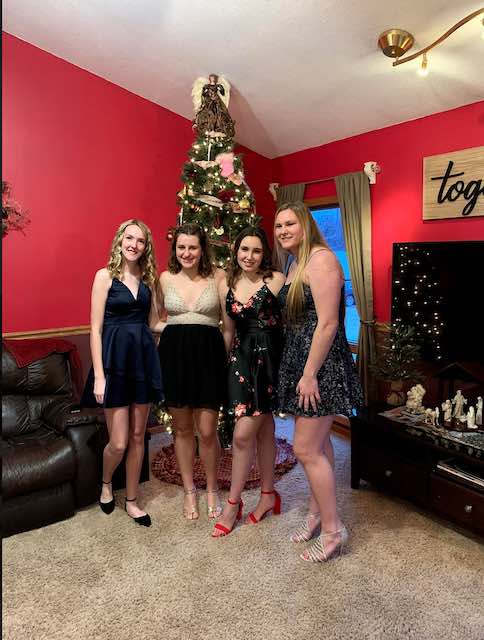 What have you learnt living so far from home, from your village and your family?

On the one hand, I have learnt to be independent and do what I like. I have learnt to value the effort my parents make for me every day, as I saw my host family making it or myself and I have realized the world is very big and you do not have to stay forever at the same place.

What did you miss the most from Biar and the Valencian Country?

Above everything the familiarity with people, since even though we knew each other at high school, it isn’t the same model of villages as the Valencian villages, as they do not have common places as squares or parks. I have also missed the food and the weather, and It might seem stupid, the fact of not talking in Valencian, which is the language I have always used at home, it was difficult. 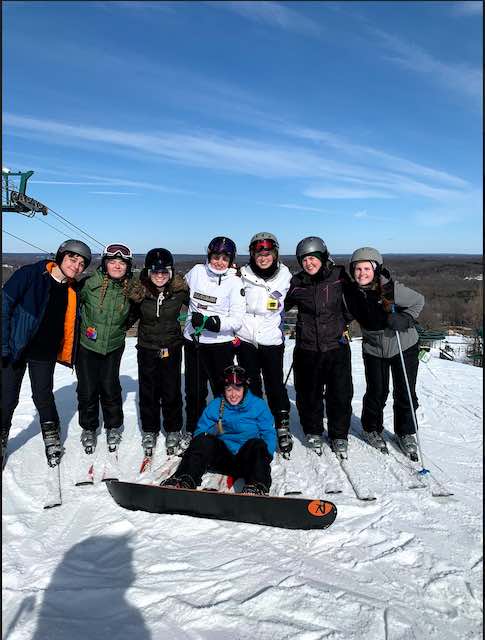 What would you tell that people who don’t dare study away from home?

What I literally thought was that in your life you will live 850 months and ten months in comparison with that is not much. You miss your family, friends, food, but you end up finding a family, a group of friends and even getting used to the food. In the end, all the different things and the ones that enrich you as a person are the ones that scare you.

Would you recommend the USA?

Absolutely, since it is a huge country and even travelling from one state to another the lifestyle and culture change, so that’s why I think it is so interesting. Besides, it is a country full of different cultures like the Asian, Afro-American or Latina. In general, I recommend any country you go with open mind and ready to live new experiences. 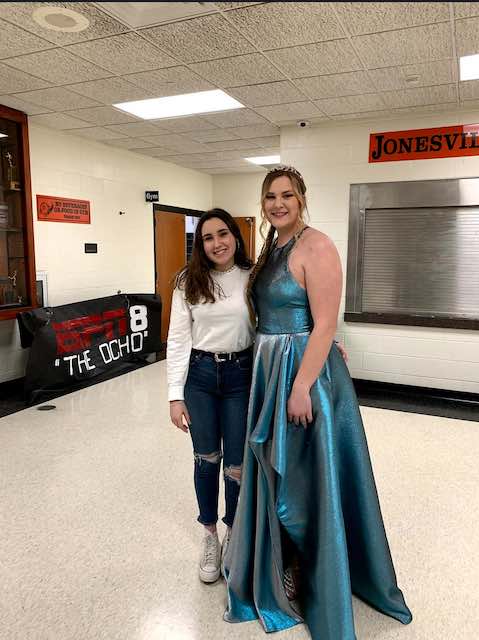 We  are living a  complicated situation with a world pandemic. How were things there before your come back?

Things were not complicated at all in my district, although in-person studies were cancelled as a precaution, but right after I came home they established quarantine and things became more complicated.

There will be general elections this year in a country considered as  the  first world power. Do you think this crisis  will lower the chances of Trump being reelected?

Absolutely. Many citizens voted Trump as they thought the USA is the only important country in the world and they show certain rivalry  against other cultures.  Trump´s position during this situation has been blaming on Europeans and Chinese for the pandemic, thinking that it was never going to reach them. I guess people are finding out that not acting before has been a mistake and somehow it was Trump´s fault. I don´t know if he will be elected again, since in an economic level, he has made the USA grow up, but I believe a lot of people will  sleep on their choices before voting. 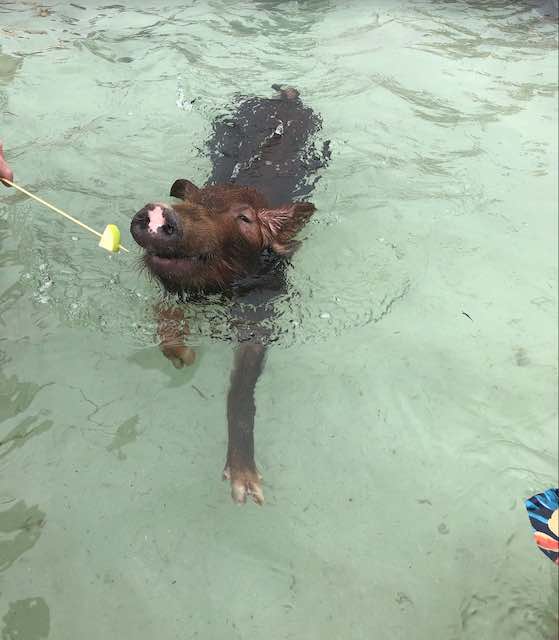 As you know, The USA is committed to an economic liberalism model with low taxes, but public services that people must pay from their pocket, which are not reachable to tens of people.  How do they live with this situation?

The situation is quite bad. In my High School there was a free meal every day as there was a lot of students who could not afford it and many times a grant was given for lunch time.  Every time there was an excursion you could ask for a grant if you did not have enough money and even some students gave away part of their money so others could go. A fair initiative, in my opinion.

Regarding university studies, all of the universities are private, so many people can´t go to University or they work very hard to get sport or academic scholarships. 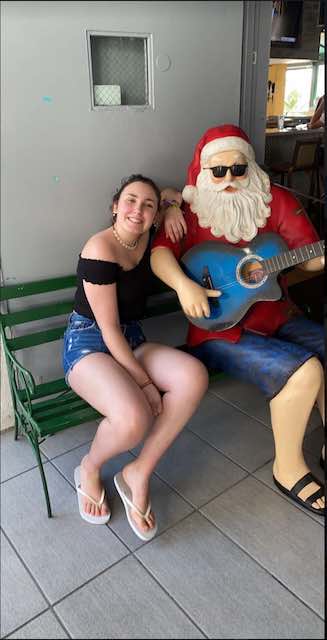 Reply briefly according to your stay in Jonesville

Hardest subject (in studies):  All of them are quite easy  but I would tell that Anatomy and Physiology as they have university level and there was too much stuff 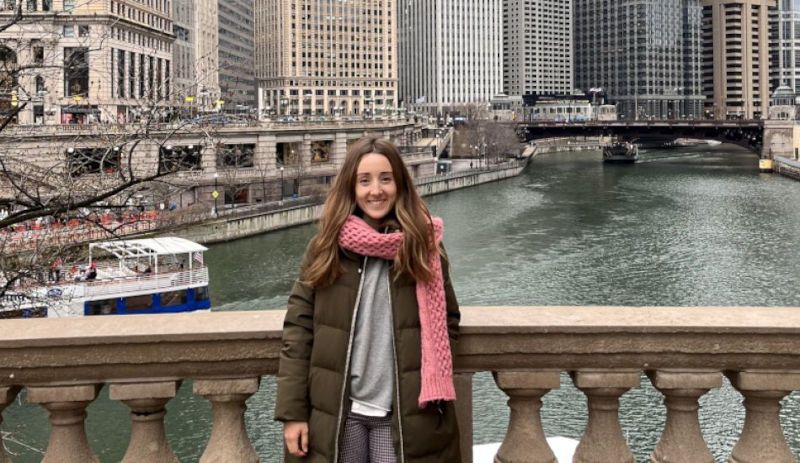 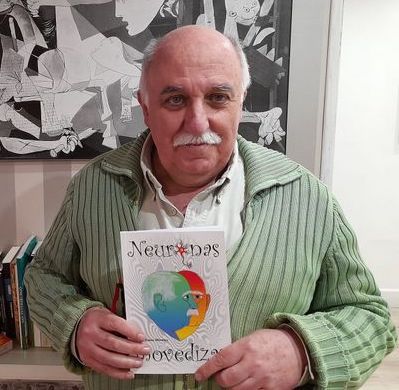 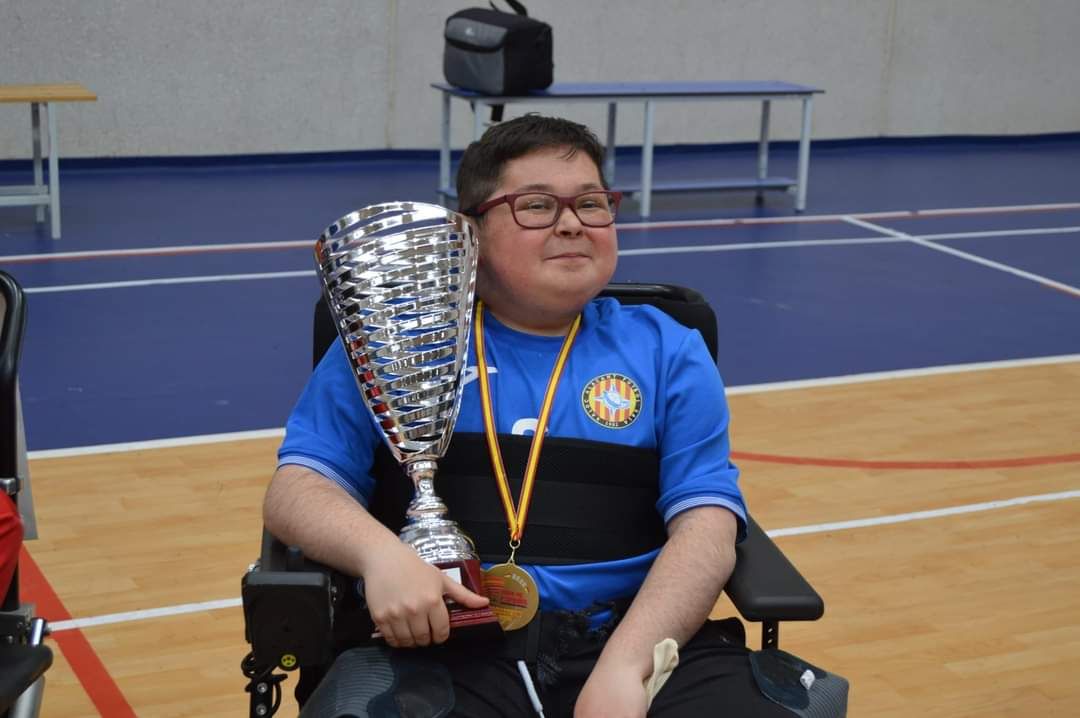 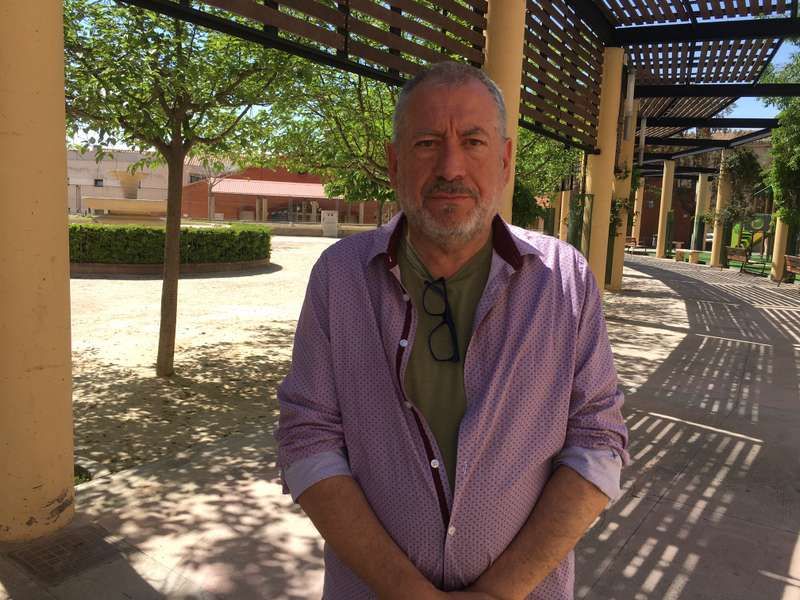 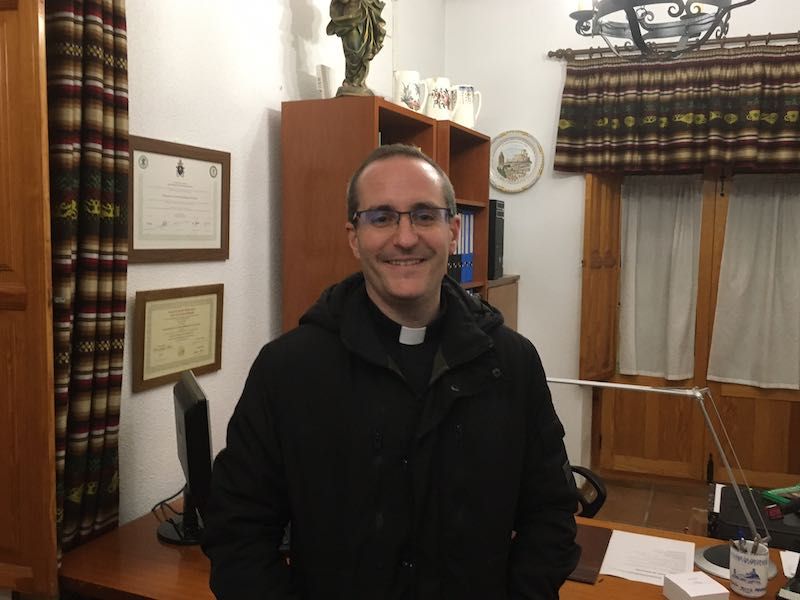